The creation of the hybrid M/Y 77′ is starting to get into full swing.

The hull and superstructure are completely in aluminum, and the appearance that is forming is attractive!

The works began on 2 April 2022 with the laying of the keel and continue with the construction and assembly of the various lots that will accommodate the development of the bulwarks, from below to support the Deck Plan.

Currently 4 lots (out of five) of the entire hull have been built, of which the central part of the hull itself, the bow, and the part relating to the engine room; now we are proceeding with the construction of the lot concerning the aft part which will also house the patented platform which is able to dive for about one meter below sea level and to climb up to the flybridge; and which allows, once the mooring is reached, to go ashore comfortably by aligning the platform with the pier and extracting the extendable part of the platform itself.

Once the hull has been built, we will proceed with the construction of the superstructure and the pre-fitting of the engine room, building the various bases for the engines and embarking them with the various on-board machinery and arranging the various pipes, the passages of the electric cables, etc. etc.

Being a particular hybrid yacht, which exploits the energy produced by a retractable photovoltaic park, the construction foresees that inside the hull, under the deck (main deck), and on the roof of the flybridge are installed, in special shafts , retractable solar panels that can exit and re-enter the hull itself (patented system) and that, in the roof above the cockpit and above the flybridge, additional solar panels are installed for a total of 110 m2. which produce the energy to be stored in the batteries, thus making it possible to sail even with electric motors alone at a speed of 6-8 knots for many consecutive hours, without polluting, in almost absolute silence, at zero cost (!), and with the possibility of being able to enter marine protected areas, where electric navigation is possible,usually allowed. 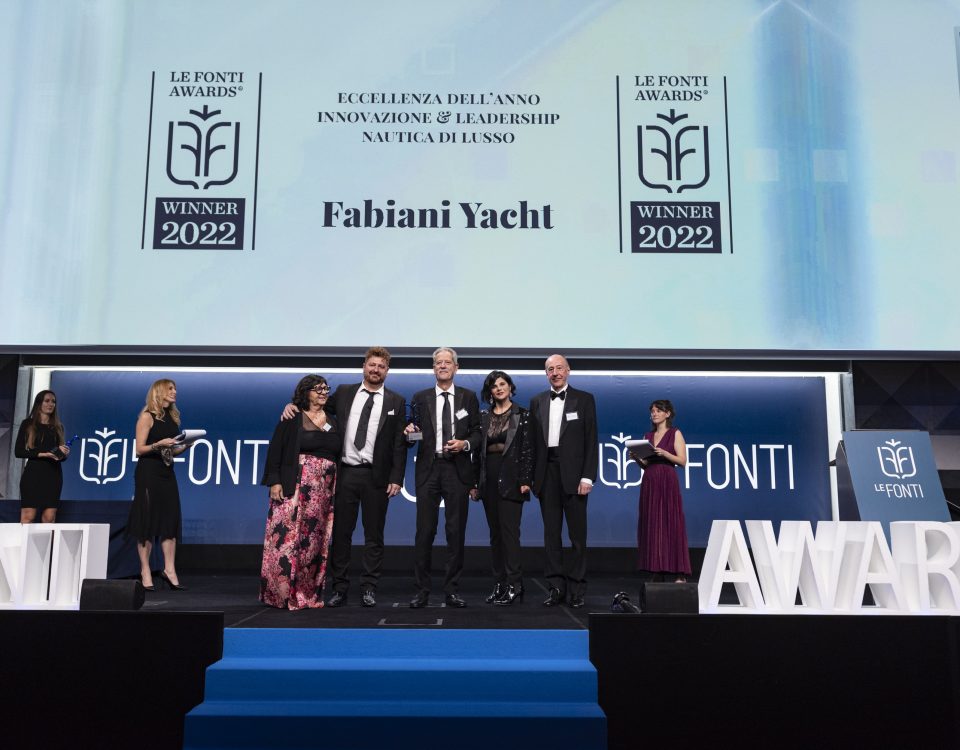